David was born December 7th, 1980 in San Jose, California to two adoring immigrant parents from the village of Madalena on the island of Pico in the Azores, Rosa Maria and António Garcia. Seeing as how David’s parents had only been in the U.S. for six years, David was raised in the true, old-fashioned Portuguese way, only speaking Portuguese and listening to all genres of Portuguese music.

He attended a private Catholic school at Five Wounds from Kindergarten through 8th grade where he graduated in 1995. He then went on to attend his four years of high school at San Jose High Academy, where he was enrolled in their International Baccalaureate Program for Portuguese Studies. He then received his certificate in the language when he graduated in June of 1999.

At a young age, David developed a love of music, whether it was singing or playing. In 1993, David began learning the Alto Sax, and only in a few months, was ready to play for the Portuguese Band of San Jose, where he played for fourteen years. Within those fourteen years, he played the Alto Sax, the Tenor Sax, the Baritone Sax, and the Bass Drum when needed. In 1997, he became the band’s Assistant Conductor, having also served as president of the organization from 2002-2003.

David began playing the mandolin in the mid-’90s, having been taught the scale by his great-uncle, Luis Garcia da Rosa, who was a well-known mandolin player, poet, and writer, both in the Azores and in the Portuguese community of San Jose.

David joined a Portuguese dance group, Grupo Típico, where he played mandolin for about five years. At that young age, he assisted in teaching the mandolin to other Luso-descendant children who were also in the dance group. 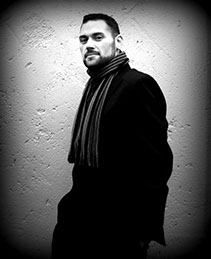 After the extinction of the group, David later joined Grupo Folclórico Tempos de Outrora in 2004, a world-renowned Azorean folklore group, where he plays the mandolin and sings as well.

He has traveled to Hawaii, Canada, Azores, and Brazil teaching the Azorean traditions through dance and song with this group. He is currently the president and has high expectations and plans for the future of this group.

In 2001, David became very involved with Carnaval dances, one of the most popular traditions from the island of Terceira in the Azores, which has now become extremely popular on all the islands, and in any area of the world where there are Azoreans.

David joined the Carnaval group Grupo de Danças de Carnaval da Banda Portuguesa de São José and played several roles in dramatic and comedic skits. He is still often referred to as some of the characters he has played, most particularly the roles of a Bishop, Miss California, and Mother Superior.

He has been lucky enough to travel to Canada and the East Coast twice with this group and actually spend Carnaval Weekend in Terceira as well.

For the past several years, Manuel Escobar, a musician of 7 Colinas, had heard David sing several times in the folklore group and Carnaval group. Mr. Escobar had been encouraging David to pursue Fado.

Since he was so active and involved in the community, David’s time was limited, and he was afraid of committing and not being able to keep up with everything.

In April of 2009 dear friends, Hélio Beirão and his wife Maria das Dores asked for David’s assistance in putting together a variety show for a fundraiser gala dinner for POSSO in San Jose.

This program consisted of community youth members singing and playing traditional folklore songs with a classical twist. It was such a success that this group was invited to perform twice more that year, and is preparing future events as well. This was the first time David would sing solo on a stage and was his first step to heading towards Fado.

After hearing David perform with Hélio Beirão, it was only a matter of days before the group 7 Colinas began rehearsing with him. Even as a child, when he began to listen to Fado, David always imagined setting foot in the world as Fadista one day.

He idolizes fadistas like Carlos Macedo, Fernando Farinha, Carlos do Carmo, Amália Rodrigues, Mariza, and many others.

Helder Carvalheira, Manuel Escobar, and João Cardadeiro from 7 Colinas have been the backbone for David’s journey into the Fado world. Their constructive criticism, advice, and support have led David to a new chapter in his life and having had a family filled with poets and musicians, it’s no surprise that David is now a Fadista.

Singing Fado is yet another footstep on David’s path, and he hopes to share his singing with all communities, so others can experience the beauty and emotions Fado has to offer.

Each Fado in this collection has been carefully chosen to expose David’s deepest passions, with gratitude to a higher divine power, the sharing of a love story, and pride in the Portuguese people. The musicians from Sete Colinas have been the backbone for his journey through Fado. Their support, along with his family and friends, has helped lead him into this new chapter in life. Come share with David Silveira Garcia the beauty and emotional depth that Fado has to offer.